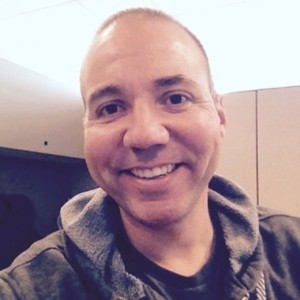 Our guest today is a social media strategy speaker, community builder, snapchatter, writer, instructor, podcaster, father to two, and husband to one who serves as the Director of Social Media at Experian.

As a writer in graduate school he launched a student productivity website called StudentHacks.org which had articles that were featured in: LifeHack.org, CalNewport.com, Switched.com, and received links and traffic from over 170 universities; including: CalTech, Harvard University, Columbia University, Emory University, Stanford University, to name a few.

He’s since started working in marketing and social media, and has begun writing more about how businesses can leverage social media.

His work as a social media strategy speaker led to an invitation to the 2014 State of the Union Social event hosted by The White House, which included a tour of the White House and participation in a live panel discussion with policy experts that streamed live on WhiteHouse.gov

When he’s not doing awesome work at Experian, he’s mentoring and teaching Social Media Strategy courses at The University of California at Irvine, listening to hip-hop, riding bikes, and indulging in She-Ra fan fiction with his daughter.

His numerous strengths include leading with empathy, mentoring his team, and thriving in ambiguity.
So please help me in welcoming our guest today - the host of the Data Talk and Level Up Leadership podcasts - the bravely, boldly, balding Mike Delgado!