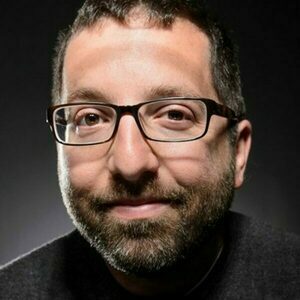 Our guest today is a writer and professor of mathematics.

He earned a bachelors in mathematics from Harvard University, a masters in fiction writing from Johns Hopkins University before returning to Harvard to complete a PhD in Mathematics and eventually joining the faculty at the University of Wisconsin Madison - where he’s now the John D. MacArthur Professor of Mathematics.

He’s been writing for the general audience about math for over fifteen years and has had his work appear in publications such as the New York Times, the Wall Street Journal, Wired Magazine, and Slate.

You might recognize him as the author of the New York Times bestselling book How Not To Be Wrong: The Power of Mathematical Thinking - which also made its way onto Bill Gates’ top five summer books in 2014.

Today he’s here to talk to us about his latest book Shape; which is a far-ranging exploration of the power of geometry underneath some of the most important scientific, political, and philosophical problems we face.

So please help me in welcoming our guest today - a man who taught himself how to read at the age two by watching Sesame Street - Dr. Jordan Ellenberg!