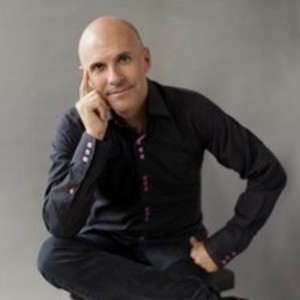 Our guest today is an acclaimed data scientist, who for over three decades has been at the forefront of solving complex big data problems for companies and governments.

He’s focused on creating technologies that help solve the world’s biggest data challenges, while also being an advocate for privacy and civil liberties - tackling many high-profile challenges, including identifying potential terrorists, detecting fraudulent behavior in casinos, connecting loved ones after a natural disaster, and modernizing voter registration systems.

He’s also a serial entrepreneur and sold one of his companies - Systems Research and Development - to IBM in 2005.

The same company which famously invented a program called NORA, an acronym for Non-Obvious Relationship Awareness which mines data sources to determine relationships between people.

He’s a former IBM fellow - the highest honor a scientist at IBM can achieve, typically bestowed upon less than 10 people a year, a title that puts him in the company of five Nobel Prize winners

In 2016, he founded Senzing, based on a one-of-a-kind IBM spinout of the G2 technology and is the first to deliver real-time, artificial intelligence for entity resolution software that enables organizations of all sizes to gain highly accurate and valuable insights about who is who and who is related to whom in data.

He’s the leading creator of entity resolution systems and today numerous organizations rely on his systems to extract useful intelligence from tsunamis of data.

His work has been featured in documentaries airing on networks such as the Discovery Channel, and he has been the subject of prominent chapters in books such as No Place to Hide, Safe: The Race to Protect Ourselves in a Newly Dangerous World, The Numerati and The Watchers: The Rise of America’s Surveillance State.

He’s a highly sought-after speaker who meets with government leaders, industry executives, and think tanks around the globe about innovation, national security and privacy.

His software has helped Las Vegas casinos identify fraud, increase voter registration, protected Singapore’s waterways from piracy, and even predicted possible collisions between 600,000 asteroids over 25 years to help save the Earth from Armageddon.

He’s also one of only three people in the world who has completed every Ironman triathlon currently on the global circuit. This is especially significant given he was briefly a quadriplegic in 1988 following a car accident.

So please, help me in welcoming our guest today - the man National Geographic named The Wizard of Big Data, the mastermind, madman, and miracle himself - Jeff Jonas.