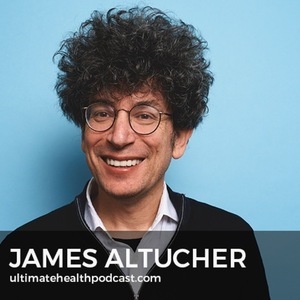 Our guest today is hands-down one of the most interesting and engaging writers and podcasters in the world!

His wide ranging career includes being a chess master, a computer programmer who helped build some of the first websites on the internet, a day trader, an angel investor, stand-up comic, and best-selling author whose book Choose Yourself was named by Businessweek as one of the top 12 business books of all time.

He’s also written countless other books that are chock full of wisdom gleaned from one of the most expansive and volatile careers ever.

As an entrepreneur, he’s founded 20 companies of his own - several of them notable successes. But he’s also had his fair share of failure, with 17 of those companies going belly up.

Over the course of his career he’s made millions, lost it all, got it back, only to lose it all again - and eventually make it back.

What I love most about him is his openness and vulnerability. Writing with absolute transparency about what he’s gone through, even during the times when he was contemplating suicide.

He’s written countless articles and has conducted some of the most revealing interviews ever - with people like Mark Cuban, Peter Thiel, and Richard Branson.

His work has been featured in some of the most prestigious publications on the planet including the Financial Times, The Wall Street Journal, and TechCrunch.

He’s admired by millions for his gripping style of total candor and unflinching willingness to rake himself over the coals for the readers benefit. And for this reason he’s firmly earned his place in the pantheon of truly great writers.

So please help me in welcoming our guest today - a man who is constantly reinventing himself and skipping the line, an honorary member of the Mississippi State Militia - Colonel James Altucher!