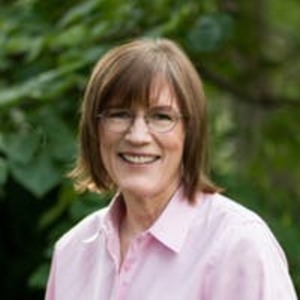 Our guest today is an author, scholar, and adventurer who loves gaining new perspectives.

After graduating high school, she enlisted in the US Army where she rose from the ranks of Private to Captain. During which time she was recognized as a Distinguished Military Scholar.

She’s also worked as a communications expert at the South Pole Station in Antarctica, and has served as a Russian translator on board Soviet trawlers on the Bering Sea.

And if all that wasn’t cool enough already, she’s gone from absolutely hating science and math - flunking her way through those courses in high school - to eventually earning a PhD in Engineering.

She’s published in some of the top journals in her field and is an elected Fellow of the American Institute for Medical and Biological Engineering.

Her research focuses on the fascinating and complex relationship between neuroscience and social behavior and has been described as “revolutionary” in the Wall Street Journal.

She’s published in outlets as varied as the Proceedings of the National Academy of Sciences, the Wall Street Journal, and The New York Times. She’s also authored 10 books on topics ranging from the negative aspects of altruism to career development in bioengineering.

If you’re one of the 2.7 million people who have taken her course on Coursera, you might recognize her as the instructor of the world’s most popular online course: Learning How To Learn: Powerful mental tools to help you master tough subjects.

So please help me in welcoming our guest today, the New York Times best-selling author of A Mind for Numbers: How to Excel at Math and Science (Even If You Flunked Algebra) - Dr. Barbara Oakley!